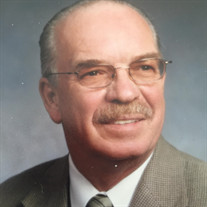 Stephen Bruce “Biker” Smith, 68, of Albertville, AL passed away June 11, 2016 at home. Mr. Smith was born July 8, 1947 in Cleveland, OH. He was preceded in death by his parents, Joseph Smith and Francis Teeters, and his brothers Joseph Smith, Jr., and Scott Angus. He is survived by his wife, Donna Smith, brothers Todd Angus and Brian Angus, daughters Heather Steele of Huntsville, AL and Emily Klein of Huntsville, AL, and son Jason Smith of Germantown, TN, as well as three grandsons and three granddaughters. Mr. Smith served in the United States Navy from 1964 to 1968. He served as a radioman in Vietnam aboard the USS Jenkins, and was honorably discharged. After working for the railroads for a time, he furthered his education, earning a law degree from the Birmingham School of Law in 1995. Mr. Smith worked as an attorney in Albertville for 18 years, retiring in 2014. Along the way he became well loved and respected by the legal community of Marshall County and the surrounding areas. He was most proud of his work as a juvenile advocate. He enjoyed motorcycling, cooking, and attending sporting events with his children. A Memorial Service will be held Saturday June 18th, at 1 PM at Carr Funeral Home in Guntersville, AL. Memorial donations may be sent to the Second Chance Animal Shelter of Boaz, AL

The family of Stephen "Biker" Smith created this Life Tributes page to make it easy to share your memories.

Send flowers to the Smith family.