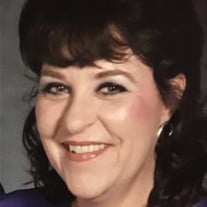 Born February 22, 1948 in Guntersville, Alabama, she was the daughter of the late Jay T. Davis and Elsie Davis. She was preceded in death by her father and mother as well as her daughter Lyndsey Ann Davis She is survived by her husband of 51 years, Gwin Edwin Davis; two sons, Jason Davis and wife Hollis of Auburn, Alabama and Nathan Davis of Opelika, Alabama; a daughter, Leslie Ann Wisner and husband Whit of Auburn, Alabama; a sister, Myra Gazaway of Owens Cross Roads, Alabama; and seven grandchildren, Jaye Ellen Davis, Ellie Davis, Ivey Davis, Davis Wisner, Blake Wisner, Trey Wisner, and Emma Ryann Wisner Sherry was life-long resident of Guntersville and graduated from Marshall County High School in 1966 where she was a six-year member of the Marshall County High School band, a majorette for two years, named Freshman Beauty, Sweetheart Representative, and a senior member of Who’s Who. After spending time in the work force, she attended Snead State Junior College and would later graduate with honors with a Bachelor’s degree in nursing from the University of Alabama in Huntsville where she also was inducted into the Sigma Theta Tau National Honor Society of Nursing. On Thursday, November 21, 2019, Sherry Ann Davis, 71, of Guntersville, Alabama, passed away while in the care of Bethany House located in Auburn, Alabama. Sherry had a passion for her family and really enjoyed spending time with her loved ones. She especially loved family get-togethers in the Holiday Season. She was a loyal friend and someone to always be counted on in time of need. She was also very passionate about Auburn University and all things Auburn. Prior to finishing her own degree, she worked at Samford Hall on the campus of Auburn University while her husband finished his bachelor’s degree at Auburn. She and her husband, along with their oldest son, lived in the area so that Mr. Davis could complete his degree, and she developed a deep and passionate love for the school that would not only provide her husband with and education but her three children as well. Funeral services will be performed at Carr Funeral Home on Sunday, November 24, 2019 at 2:00 with visitation from 12:00 to 2:00. Joel Samuels will be performing the service followed by a graveside service and burial at Crestview Cemetery.

Born February 22, 1948 in Guntersville, Alabama, she was the daughter of the late Jay T. Davis and Elsie Davis. She was preceded in death by her father and mother as well as her daughter Lyndsey Ann Davis She is survived by her husband of 51... View Obituary & Service Information

The family of Sherry Ann Davis created this Life Tributes page to make it easy to share your memories.

Send flowers to the Davis family.