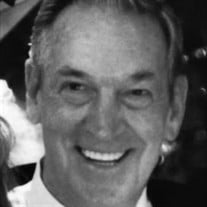 John Milton Jackson (89) of Guntersville, AL, died November 25, 2016, at Shepherd’s Cove in Albertville, AL. He was born in Vinemont, AL, on July 13, 1927 to Grace Pauline O’Rear and Hardy B. Jackson, Sr. and grew up primarily in Cullman and Guntersville. He served in the U.S. Army in Korea and was a driver for Commercial Carriers for forty-two years before retiring. After retirement he spent his time working part-time, restoring old cars, volunteering, particularly at the Arab Senior Center, and traveling. He was a kind man with an incrediably big heart who loved people. He is remembered as a favorite uncle, PaPa John, a friend and mentor. His last months were happily spent at Terrace Lake Assisted Living in Guntersville surrounded by loving caregivers. The family wants to especially thank the staff at Terrace Lake as well as the staff at Shepherd’s Cove for their compassionate care. Mr. Jackson was preceded in death by his parents, his siblings: Estella Jackson, Hardy B. Jackson, Jr., Mary Nelle Ash, Maxine Lawson, Emma Lou Broome and Norma Ruth Smith, and his first wife Hazel L. Jackson. He is survived by his present wife Lynn B. Jackson, nieces and caregivers Pennie D. Rogers and Valerie Seaquist, a grandson and granddaughter, many nieces and nephews and friends. A funeral service will be conducted at 11:00 a.m. at Carr Funeral Home, Guntersville, AL, on Tuesday, November 29. 2016, with visitation beginning one hour before the service. Pastor Jamey Pruitt of Gilliam Springs Baptist Church in Arab will conduct the service. Burial will follow the service at Crestview Cemetery in Guntersville. Memorial donations can be made to Hospice of Marshall County, 408 Martling Road, Albertville, AL 35951.

The family of John Milton Jackson created this Life Tributes page to make it easy to share your memories.

Send flowers to the Jackson family.