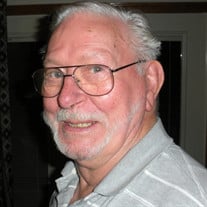 Frank Dalton Rhodes, age 89, passed away peacefully on June 12, 2021 in Huntsville, Alabama. Visitation will be Wednesday, June 30, 2021 at Carr Funeral Home in Guntersville, AL from 6:00 p.m. to 8:00 p.m. Burial will be in Crestview Cemetery on Thursday July 1 2021 at 10:00 a.m. More information can be found at https://carrfuneralhomeguntersville.store.lifetributes.com/obituaries/Frank-Rhodes-3/#!/Obituary Frank was born in Lexington, TN on October 6, 1931 and grew up on a farm outside of town. He is the son of Everette S. Rhodes and Ethel Lillian Roberts. He has lived in Guntersville for over 35 years with his beloved wife of 53 years, Ruby Joyce (Schultz) Warren who predeceased him. He is remembered by his family and friends as an amazing and generous person. Frank served proudly in the U.S. Army rising to the rank of Master Sargent. He was proud to be a paratrooper in the 82nd Airborne Division and attended one of the first special forces training classes. During his enlistment, he served at Ft. Bragg NC, Ft. Benning GA, Schweinfurt, Germany and the combat zone of South Korea. After separating from the military, he resided a short time in Memphis TN but soon relocated to Chicago IL where he became a postman. He again rose through the ranks to become a Purchasing Manager. While residing in the Chicago suburb of River Grove, Frank joined the River Grove Police Department part time. His service was so outstanding that he rose to the rank of Lieutenant before retiring from the force. It was also while residing in Illinois where Frank became a passionate Mason. Like every endeavor, he quickly rose to leadership positions. Upon retirement from the U.S. Postal Service and River Grove Police Department, he and his wife, Ruby Joyce moved to Guntersville. Not content to sit idle, Frank became a member of the Guntersville Police Department as well as a starter for the state park golf course. He was an active member of the Veterans of Foreign Wars and American Legion where he served as Commander multiple times in each organization. He is survived by his sisters Kathy Greely and Johnnie Havner and children Brian Christopher Rhodes and his wife Julie, Frank Patrick Rhodes and his wife Karen, Danette Lucille Allan, Frank David Rhodes and his wife Cindy, Donald Eugene Rhodes, and step-daughter Joyce Marie Warren and her husband Ron. He is also survived by his grandchildren Ellen Meredith Deckinga and her husband Nathan, Mary Elizabeth Wilson and her husband Josh, Sarah Rhodes, Chelsey Rhodes, Danielle Wissner and her husband Brandon, Frank David Rhodes II and his wife Terri. He also survived by eight great-grandchildren and many nieces and nephews. He is preceded in death by his mother, father, wife Ruby Joyce, son Joel David Rhodes, and step-son Kerry Jon Mitchell. While flowers and expressions of condolences are always appreciated, you may also consider making a contribution to the Masons or a veterans organization in Frank’s name.

Frank Dalton Rhodes, age 89, passed away peacefully on June 12, 2021 in Huntsville, Alabama. Visitation will be Wednesday, June 30, 2021 at Carr Funeral Home in Guntersville, AL from 6:00 p.m. to 8:00 p.m. Burial will be in Crestview Cemetery... View Obituary & Service Information

The family of Frank Dalton Rhodes created this Life Tributes page to make it easy to share your memories.

Send flowers to the Rhodes family.