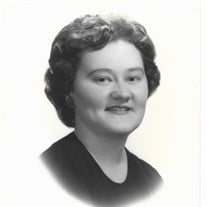 Charlotte Rinker Domalik Born: October 7, 1938 Died: February 11, 2021 Charlotte passed away on Thursday, February 11, 2021. Born in Lucketts, Virginia, Charlotte was the only child of Charles and Lillian Rinker. Although she was an only child she grew up in a large extended family surrounded by aunts, uncles and lots of cousins. She had an interesting start to life – born at home – her Aunt Grace delivered her into the world because the doctor had enjoyed himself a little too much at his weekly poker game earlier that evening! Charlotte met the love of her life, her husband of 63 years, John, in Biloxi, Mississippi. Introduced by friends in June of 1957, it was love at first sight. By the Fourth of July, John had asked for her hand in marriage and the two love birds were married a few short months later on October 5. Their early family included a number of four legged felines but soon it expanded to include two sons, Charlie and Brian. The Domalik household was always the center of activity for the boys and their friends! Everyone was welcome at all hours of the day and night and you could always count on a full candy bowl and some kind of food and drink! Charlotte was known as “Moms” to many. If you couldn’t find Charlotte at home you didn’t have to look far. She was usually working in a classroom or cheering from the stands at a ballfield or gym! As the boys grew older the circle of friends who came into Charlotte’s orbit only grew and she was “Moms” to them all. It wasn’t long before the boys were off to college and soon there after getting married and giving Charlotte and John the opportunity to root and cheer on a new generation of Domaliks. Charlotte had a new title and one she wore well. She became “Gram” to not only her five grandchildren (Drew, Brianna, Miles, Lilly and John Thomas), her great-grandson Cove, but to their friends and their families. She was a “Super Fan” for sure and she cheered on not only her family by blood but her very large extended family that included most everyone she met. Gram was truly one of a kind. She was always ready to lend a hand, cook a meal or sew costumes for the grandkids’ school plays. She always had plenty of snacks, drinks and sunscreen at the ballfield and her voice could always be heard above even the noisiest gym crowds. She was strong, kind and caring – sometimes all at the same time! She was one of a kind and will be missed by many. A Memorial Service will be planned in the future when it is safe to gather and share our memories of a very special wife, “Moms” and “Gram.” If you would like, memorial contributions can be made to the Haiti Rummage Sale at St. Michael the Archangel Catholic Church. Charlotte was a huge supporter of the annual sale working many hours getting items ready each year and manning the check-out desk throughout the multi-day sale. Donations can be sent to: St. Michael the Archangel Catholic Church Haiti Rummage Sale – In Memory of Charlotte Domalik 4491 Springfield Road Glen Allen, VA 23060

Charlotte Rinker Domalik Born: October 7, 1938 Died: February 11, 2021 Charlotte passed away on Thursday, February 11, 2021. Born in Lucketts, Virginia, Charlotte was the only child of Charles and Lillian Rinker. Although she was an only child... View Obituary & Service Information

The family of Charlotte Rinker Domalik created this Life Tributes page to make it easy to share your memories.

Send flowers to the Domalik family.